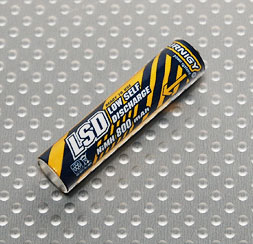 Original article by Malik Salgado, republished with permission under a CC BY-NC-SA license. Some edits have been made to improve readability and aid formatting.

Low self discharge AAA NiMH battery. Great for remote devices, camera, transmitters, or other low discharge electronics that you want to use over several months or years without having to recharge.
Low-Self-Discharge NiMH batteries are a new technology that prevent the battery from slowly losing its charge over time. In fact these LSD batteries can stay charged for over a year without losing more than 30% of their charge. Normal NiMH batteries would lose nearly 100% of their charge over 12 months.

Category: AAA battery
Capacity: 800mAH
Voltage: 1.2V
Chemistry: NiMH Low Self Discharge
Weight: 12g
Dimensions: 44.5×10.5mm
We guarantee our cells are true to their capacity!
Sadly battery marketing is an evil game, with overstated capacity being the industry norm. Generally speaking, battery factories will suggest vendors to overstate the capacity by at least 30%, marking 1800mAh cells with 2300mAh labels or more!
While this might work for toy stores, such marketing tactics wouldnt survive 1 week in our store with customer feedbacks and reviews, and thats why we guarantee ourTURNIGY 800mAh NiMH cells to be at least 800mAh!

The charging continues regardless of dV/dt (voltage) or dT/dt (temperature) indicators, which normally indicate ‘full’ charge, and will always proceed for the full 16 hours. The discharge is terminated when the battery can no longer sustain the proper current at greater-than-or-equal-to 0.90 volts.

**Charge/Discharge: Charge at 400mA (which is properly terminated), a 2 hour rest, then a discharge.

The charger used was not calibrated. However, it is believed to be accurate, as other MH-C9000 chargers have been compared with calibrated battery test equipment and shown to correlate extremely well.

As the MH-C9000 does not log voltage, nor calculate energy output, no mWh result has been provided. However, based on casual and sporadic observations of the voltage reading during discharge, the voltage can be assumed to be around 1.18V under 400mA load for the majority of the discharge.

The batteries, which are rated at 800mAh, delivered more than their rated charge, at both the IEC standard test (break-in mode) and in a higher-drain test. This indicates that the batteries should perform well under significant load.

The batteries had significant charge upon arrival, which indicates some LSD (low self discharge) capacity. Considering it was at least a a couple of weeks since shipment from Hong Kong, it can be inferred that they do not have a very high rate of self discharge.

However, without knowing how much or when the batteries were initially charged, it is hard to calculate how slowly the batteries self-discharge.

The change in capacity between the break-in and charge/discharge indicates the possibility that more capacity may be gained by repeated cycling.

This work is licensed under a Creative Commons Attribution-NonCommercial-ShareAlike 3.0 Unported License.